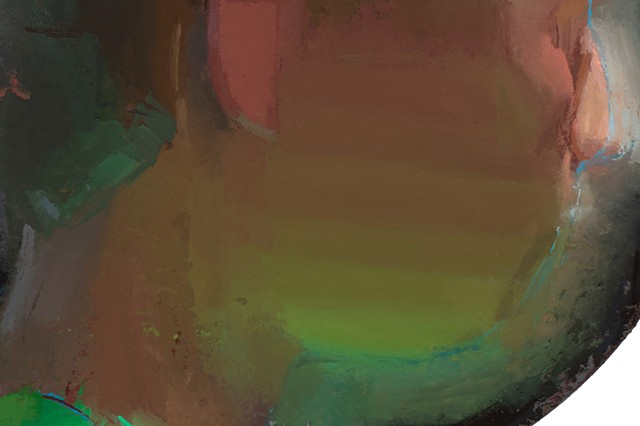 "Like [Edwin] Dickinson, Callander is going down a number of paths simultaneously, but, after sitting in his studio for a few hours, it became very clear to me that the link between the two goes much deeper. I notice observational paintings based on his son, still-lifes, landscapes, self-portraits, and set-up scenes, as well as variously sized abstract paintings based on gradations. Although the two groups don’t appear to have anything to do with each other, and on a superficial level they don’t, they both make apparent Callander’s acute attention to color, light, and gradation. This, I think, is the deep, basic connection between Callander and Dickinson; it has nothing to do with style but much to do with painterly ambition."